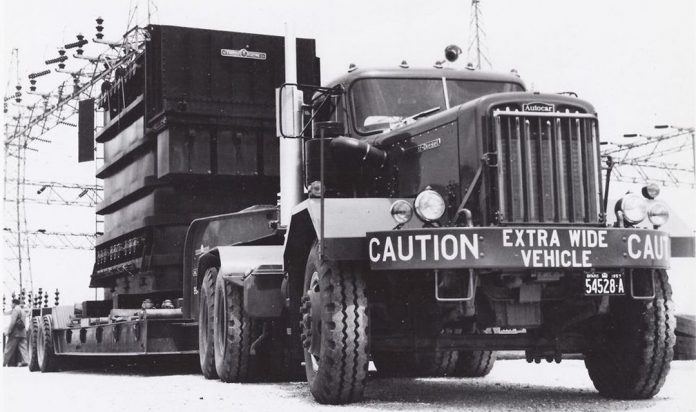 Pictured here in 1957 is a newly delivered Autocar float tractor and Canadian-built King float trailer at work on its maiden run for the Ontario Hydro Electric Commission.

One of only six built for heavy hauling, this Autocar tractor was equipped with a six cylinder Cummins NTO diesel engine of some 262 hp and was geared to 56 km.

Equipped with 12:00×24 steer tires and 14:00×24 drive tires it was not quick, but easily able to handle the large hydro transformers.

The King Trailer plant, located in Woodstock, Ontario, built the float trailer to a rated load of 113 tonnes.

However, the float was upgraded by King to 136 tonnes to accommodate larger transformers and boilers. It also moved components during construction of the Bruce Nuclear Plant in the 1970s.

In action until 2004, the Autocar and King float were donated by Ontario Hydro to the Bruce County Heritage Association for preservation.

It is currently displayed at their Paisley, Ontario show site — a true Heavy Hauler of the era.

To see more than 60 restored pieces of vintage construction equipment in action, be sure to attend the HCEA Canada’s 2019 events, including the Wheels and Tracks Event to be held June 8 & 9 at the Simcoe County Museum near Barrie, Ont. 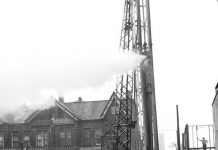 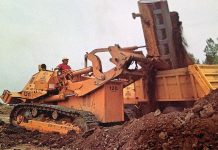 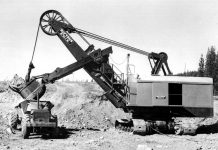 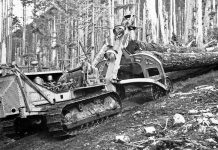 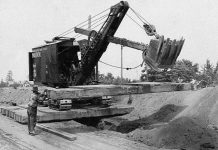 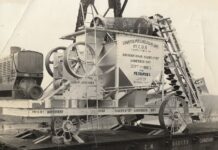