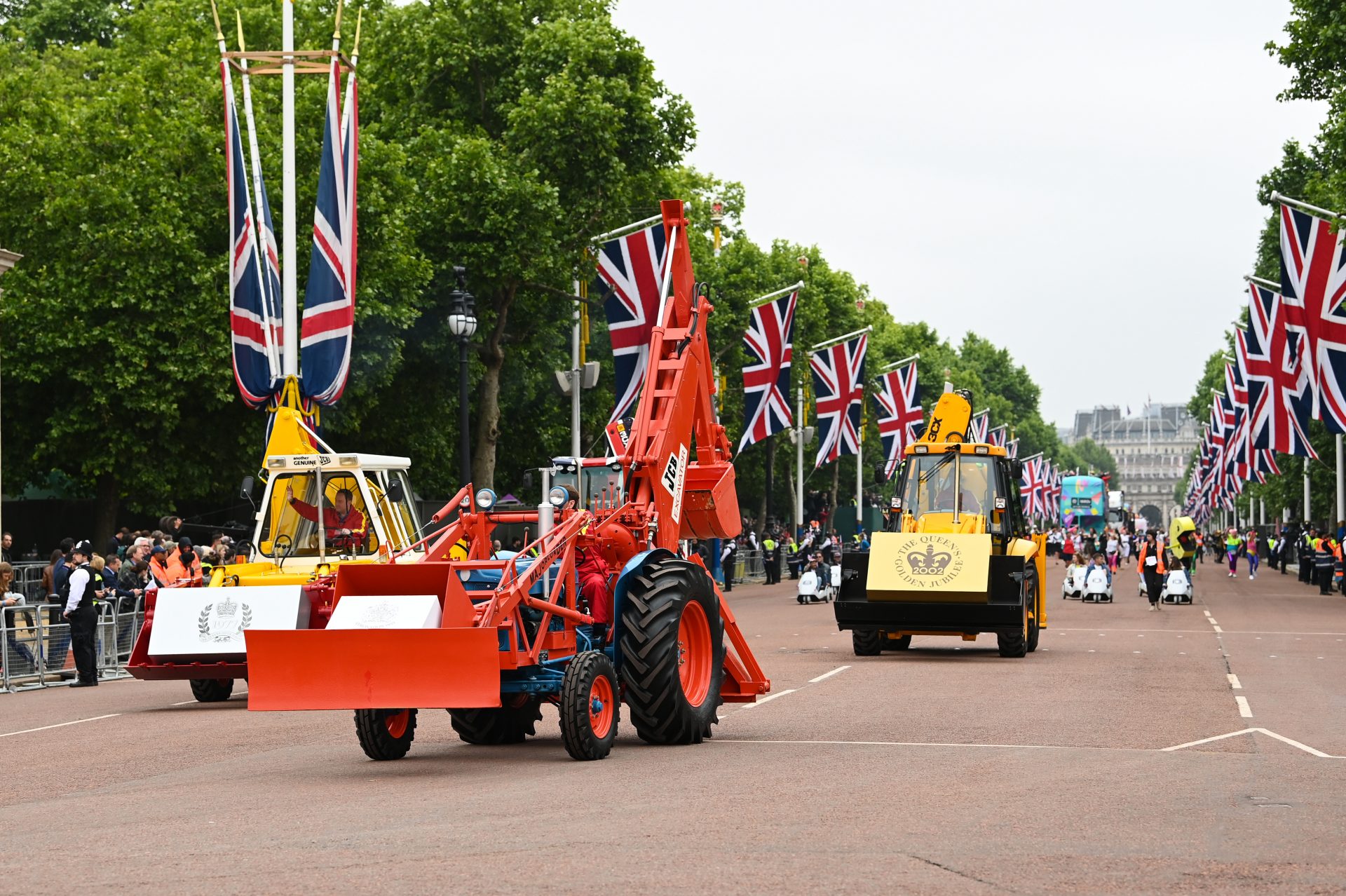 Five diggers paraded down The Mall toward Buckingham Palace past members of the Royal Family and tens of thousands of cheering spectators who were lining the route.

Today, the team of operators driving the JCB machines spoke of their pride and emotion at being involved in the tribute to The Queen as they drove machines manufactured in The Queen’s jubilee years of 1977, 2002, 2012 and 2022—and one made in her coronation year 1953.

JCB Backhoe Loader Product Marketing Manager Julian Carder, 46, of Uttoxeter was driving a 1977 JCB backhoe from the year of the Queen’s Silver Jubilee – a machine he restored to its former glory in 2012.

“It is hard to find the words to describe what an amazing occasion this was. The response the JCB machines received from the crowds, who were at least 10-deep along most of the route, was simply incredible,” said Carder. “They were waving and cheering us as we drove the machines down The Mall, and it was a very emotional experience. We are all very proud to have taken part in such a fantastic tribute to The Queen.”

JCB Test Site Operator Georgina Williams, 30, of Derby brought the parade of JCB backhoes right up to date as she drove a 2022 model powered by hydrogen. The machine is currently being developed by the Staffordshire-based company as it explores the potential of hydrogen as a zero CO₂ alternative to fossil fuels.

“The highlight for me came when we drove through Admiralty Arch and took in the scene in front of us—the flags in The Mall and the tens of thousands of people waving and cheering. It was simply amazing and a once in a lifetime experience,” explained Williams.

Leading the parade was one of the first backhoe loaders ever built by JCB in 1953—the year of Her Majesty’s Coronation—driven by Andy McLeod, of ABM Plant Hire, of Derby. JCB demonstrator Dan Potter, of Rocester, was driving another iconic JCB 3CX backhoe from 2012—the year of the Queen’s Diamond Jubilee.

At the end of the Pageant the team was ushered to the front of the gates of Buckingham Palace with everyone else who had taken part to witness the culmination of the event, a balcony appearance by Her Majesty the Queen and members of the Royal Family.

JCB Demonstrator, Matt Lucas, of Werrington, Stoke-on-Trent, drove a 2002 JCB backhoe loader made in the year the Queen celebrated her Golden Jubilee.

“The moment when the Queen came out on the balcony was very emotional. The roar of the crowd and the singing of the National Anthem in front of Buckingham Palace at that moment is something I will never forget,” said Lucas.

Yesterday’s Pageant was the culmination of celebrations to mark The Queen’s 70 years on the throne. It involved more than 10,000 people and told the story of the monarch’s seven-decade reign through music, dance and fashion. 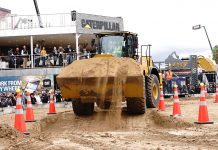 September 28, 2020
Blue Planet has developed a carbon capture and utilization system that permanently removes carbon dioxide and transforms it into synthetic limestone.   The process captures...

Don’t get stumped by street-side grinding