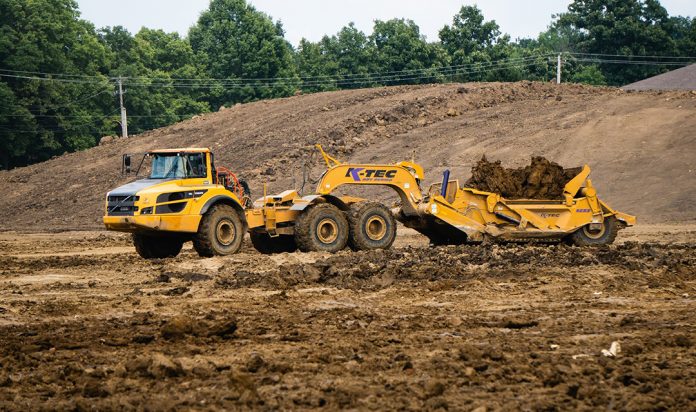 The company is investing more than $125 million into the project, which will service Ohio’s 735 existing Dollar Tree and Family Dollar stores.

Construction began in summer of 2018, and has an aggressive timeline with the facility being operational by summer 2019.

North Carolina’s Clancy & Theys Construction Company is the general contractor on the Dollar Tree distribution centre project, which will be fully constructed in June 2019. In order to meet the tight time frame, the earthworks responsibility of the project was put out to tender, where three Ohio-based contractors submitted interest in tackling the challenge, using their earthmoving expertise.

Trucco Construction Co. put in a bid on the project based on earthmoving production numbers by using seven K-Tec scrapers, being pulled with Volvo full-suspension articulated dump trucks, and more than a dozen other pieces of various earthmoving support equipment.

Rudd Equipment Company, a dealer for both the Volvo ADT’s and the scrapers from the Manitoba-based K-Tec, provided a product solution for Trucco to make a strong proposal for their project pitch.

“What the customer looks at is the cost per yard that they are moving material, so when we look at the overall cost with the K-Tec scraper, married up to the Volvo A45 articulated truck, then your costs are so much lower,” said Martin McCutcheon, vice president of Rudd’s Columbus, Ohio branch.

Trucco managed to successfully outbid the other two contractors who were planning on moving dirt with other earthmoving equipment combinations, and were awarded as the earthworks subcontractor for the project.

“We self-load when stripping the topsoil, and we typically push load the K-Tec’s in the high-moisture, clay cut material,” said Dave Overholt, superintendent for Trucco Construction.

Rain is always a concern in Ohio, and Trucco’s use of K-Tec equipment has been strategic. The fleet is able to get into wetter underfoot conditions with the K-Tec scrapers, compared to their traditional twin-engine scrapers, as the K-Tec machines do not pump out the soft haul road.

A well-maintained 229 metre haul road is critical for the 5 to 6-minute cycle time on this jobsite. The Volvo ADTs, and the Automatic Cushion Ride system of the K-Tec Scraper makes for an enjoyable ride.

“It’s basically the only way to go. They are very easy to adapt to the operators,” Overholt said. “The operator isn’t getting beat around, and can run at high speeds on the haul road, the ride is tremendous.”

Trucco experienced 39 weather days during the project, with 142 cm of rain — a seasonal record high for the area. However, the company still came in on time for the building pad earthwork and did not hold the project up for any other subcontractors.

True to the original project estimations, the Volvo ADT and K-Tec scraper fleet performance was averaging right at the 15,290 cubic metres a day target. Trucco has an additional 38,228 cubic metres of supplementary earthwork to move on the Dollar Tree property to wrap up in spring of 2019.

“I can see us in the near future, buying a couple more. They’re just the way to go,” he said. 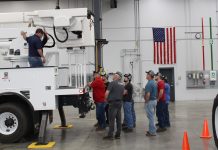 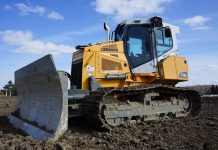 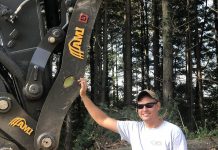 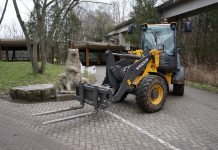 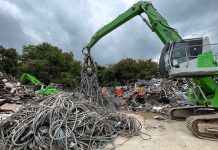 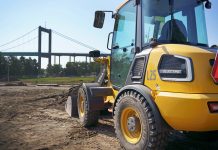 Evoquip introduces two Cobras and a Colt at Hillhead

Here’s how to apply AI to your construction business