In an effort to claim more of the North American heavy equipment market, Doosan and Bobcat have split into two independent companies.

Doosan will now operate under its own management and report directly to the company’s headquarters in South Korea.

Alongside separating sales, parts and service, Doosan now has a dedicated team of about 100 people in North America that focus solely on expanding its heavy equipment business.

“We aspire to be a Top 5 brand in North America in a few years’ time,” Song said. “We now believe we can do some things differently. Under the brand and platform we built with Doosan, we think we can do more in North America.”

Alongside the split, Doosan is looking to increase parts availability, studying the idea of manufacturing in North America, as well as partnering with Major League Baseball and the New York Yankees.

“Our market share in North America is somewhat low and weak,” Song said. “We are not being seen as a global company in the United States or North America. That we pretty much understand.” 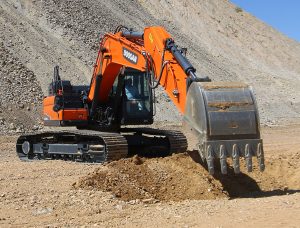 A brief history of Doosan

“We are regarded as one of the success stories in Korea, in terms of transforming the business,” Song said, noting Doosan produced its 400,000 excavator this year.

In 2005, the company acquired Daewoo Machinery, which was rebranded as Doosan. Bobcat was acquired two years later.

“(Bobcat) was the largest acquisition by a Korean company – a $4.9 billion acquisition,” Song said.

“Bobcat in North America was much stronger. At the time, our business was pretty weak,” Song said.

“In a few years, we made good progress,” Song said.

A drive for dealerships

Dealership representation in North America is one hurdle the manufacturer faces in its effort to increase market share. The company is not represented in several large construction markets, including Toronto, Salt Lake City and Pittsburgh.

“One of the key gaps that is keeping us from getting to that Number 5 position is we don’t have a dealer in a lot of key markets,” said Todd Roecker, Doosan’s director of dealer development and marketing.

In 2010, Doosan equipment was available through 128 dealers in North America. Since then, the company has replaced 92 dealers and increased its network to 153 locations.

“During that time, we kind of inherited some bad habits and some old dealers that didn’t really align with our vision and our expectations,” Roecker said, noting they continue to look for new partnerships to fill the gaps. “Some of them voluntarily weeded out. Some we kind of pushed and prodded out.” 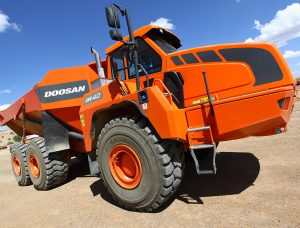 To ensure customers are able to quickly receive parts, Doosan plans to open a second parts depot in North America, alongside its current location in Chicago. Doosan has not announced the location or when the depot will open.

“We understand that parts and availability is key, and we need to improve more. We will be investing heavily in that aspect as well,” Song said. “We will approve that very quickly.”

A second location will allow Doosan to reduce the cost of its parts as well as the time it takes to get them to where they are needed.

“We should be able to reduce shipping costs by 70 per cent and we will have 67 per cent of parts delivered in less than two days,” Song said. “This will be a big improvement for our customers.”

In North America, Doosan plans to continue to strengthen its core lineup of midsized excavators and wheel loaders. As well, Song explained the company will begin introducing other larger machines that are successful in other markets.

“We will be looking at the product lineup from a new angle, and try to find opportunities to strengthen even further,” Song said.

Currently, Doosan machines are assembled in South Korea and imported into North America. However, Song noted this approach creates issues for customization.

“If there’s different needs for the customer, we cannot make an adjustment here unless we pay a high cost,” Song said.

Now, the company is “reassessing” whether or not it should begin assembling its machines or open a customization centre in North America.

“We will complete the assessment and planning by the end of this year,” Song said.

“It has yet to be decided, but in this aspect, we are looking hard to reduce the delivery time and respond to customer’s needs.” 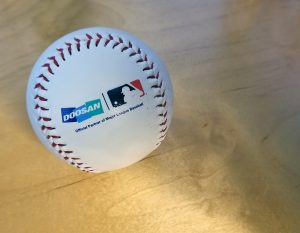 The media event was held in New York City to coincide with the announcement of a new multi-year partnership with the New York Yankees.

The partnership adds to the manufacturer’s existing sponsorship portfolio, which includes multi-year relationships with Major League Baseball and The British Open.

“Aligning with major league baseball tells a story. What we wanted to do was help legitimize the Doosan brand,” Roecker said. “We’re not just a flyby foreign company that’s come into test the market. We’re invested.”

The partnership provides several marketing benefits, including permanent branding at the visiting team’s on-deck location, VIP hospitality experiences throughout the season, and other experiences with players at Yankee Stadium.

“The baseball season directly correlates with our peak industry season.

It directly matches that,” Roecker said. “And it really lends itself to a social atmosphere. You can bring your customer and socialize.”

The MLB partnership began in last year’s postseason, where Doosan became the first-ever brand to be a presenting sponsor of the American League Divisional Series.

“The brand fit with history,” Roecker said. “Baseball is about 120 years old and Doosan is about 122 years old. There’s a nice alignment there as well.” 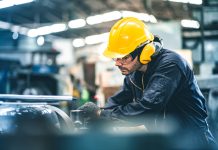 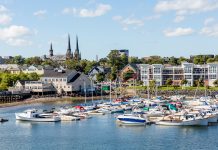 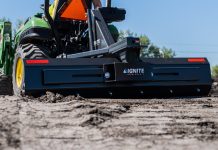 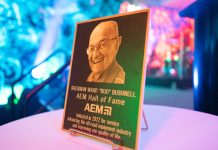 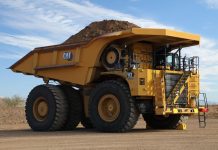 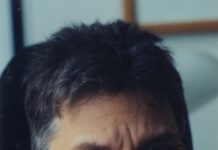 May 25, 2020
Case Construction Equipment will incorporate several technological enhancements into its upcoming G Series wheel loaders. The latest enhancements, which will be standard features or optional...