Shear Power Corp. kicked off 2018 with an “all hands-on deck” approach to building a Hitachi ZX670 high reach demolition machine.

The high reach machine was ordered by JMX Demolition, based in Stouffville, Ont.

“The Hitachi was a big project for us,” said Greg Morley, Shear Power’s vice president of product support and sales, as well as a partner in the business. “We spent a couple of months on it in our shop doing what it needed to go to work. It was good for us to show what we’re capable of doing, as far as rebuilding them.”

“They have lots of work lined up for it,” Morley said.

“It has hydraulic pin pullers so you can take the high reach off and pin on the standard excavating front with a bigger shear or grapple,” Morley said.

Although the high reach requires about three trailers for transport, Morley explained the hydraulic pins ensure the machine assembles quickly. A similar, but manual boom would likely turn into a three or four-day project to take apart.

“The whole machine really puts itself together and takes itself apart hydraulically,” Morley said.

“It really gives them the ability to switch over in a timeframe they can justify.”

Alongside the 38-metre boom, the ZX670 is equipped with a telescopic undercarriage that extends to about 5.2 metres wide.

Shear Power was established in 2014 as a seller of attachments for the demolition and scrap industry. The company started out by renting bays at Marcel Equipment in London, Ontario.

“The attachments we were focusing on were all scrap processing and demolition. We kind of came into a slow market, but things are picking up,” Morley said. “Once we show customers what we’re capable of doing, they tend to come back.”

The company built its first custom high reach excavator after coming across a used Komatsu PC450. They refurbished a used boom, and acquired an engineering certificate on the repairs that were completed on the transformed excavator.

“When we got that one in the shop, we ended up having it sold before we were done the changeover of the excavator,” Morley said.

“We noticed there was a larger market there than we realized.”

The Hitachi ZX670 was brought to Canada from Europe, alongside a Volvo EC700. As urban infrastructure deteriorates, Morley predicts the North American demolition industry will continue to adapt to using high reach excavators.

“Over in Europe, they’ve been using these high reach machines for 40 years,” Morley said. “In Canada, really it’s only been the last 15 to 20 years that you see them over here.”

To accommodate growth, Shear Power moved into its own facility in Strathroy, Ont. last fall.

“We were outgrowing the space we were working in,” Morley said.

Rather than buy an existing space, Shear Power built its own 930 square metre facility, with 10.6-metre-tall ceilings to accommodate the high reach machines.

“We looked for something to buy, but the best option was to build a building designed for what we do,” Morley said. “We have lots of height to bring the excavators in with the attachments.”

“We have a little more real estate, which enabled us to add people,” Morley said. “We’re really trying to build our business on service and support.”

As well as rebuilding machines for sale, Shear Power also works with their customers to determine if an existing piece of equipment in their fleet could be retrofitted to finish the job at hand. Demolition and recycling attachments remain a central component of the business.

“We work with them to find out what materials are in the building and what shear they will need, and put together what they need for the job,” Morley said. “It’s different for each customer. 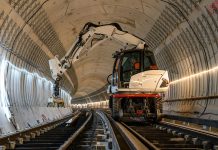 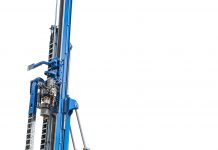 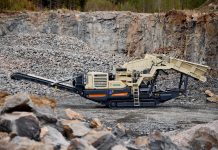 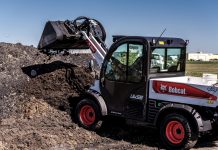 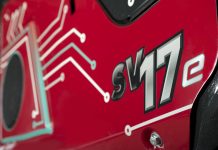 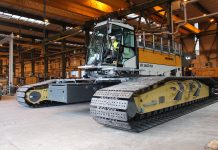 October 4, 2017
By Dan Pelton When it comes to municipal affairs, infrastructure maintenance hardly qualifies as a sexy issue. Such functions as sewer and water lines barely get...

Peel to offer the first skilled trades program of its kind

Images from above: new drone tech in mining