For the first time ever, Brokk has introduces its own hydraulic breaker series.

The full lineup of eight breaker models is matched to Brokk’s full range of demolition robots.

Like Brokk’s demolition robots, a key feature of the Brokk Hydraulic Breakers is the power-to-weight performance. The breakers are lightweight and compact, yet powerful enough to perform like heavier breakers.

The new Brokk series of hydraulic breakers are perfectly matched with their respective Brokk demolition robot. And since the demolition robot and the breaker are designed to work together, Brokk claims it now has the ability to deliver even more demolition performance from their line of demolition machines.

The first breakers from the BHB series were introduced together with the all-new Brokk 170, Brokk 200 and Brokk 300 demolition robots earlier this year. Now, the Brokk Hydraulic Breaker range is complete and available for Brokk’s full range of demolition robots.

“The introduction of these four machines not only represents the biggest product launch in Brokk’s history, it also redefines what has been considered possible to achieve in terms of power-to-weight performance ratio for demolition robots,” Krupicka said. 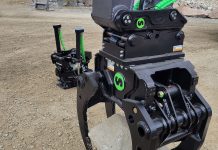 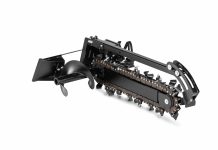 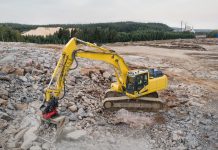 Rototilt unveils powerful new tiltrotator for excavators up to 43 tonnes 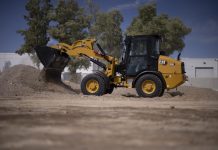 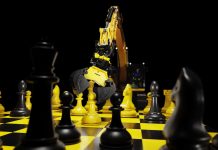 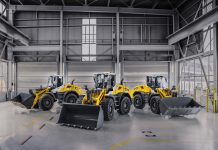 May 22, 2018
Kinshofer has acquired the Schaeff Transverse Cutter business from Atlas GmbH, a German-based crane and excavator manufacturer. The transverse cutter is the first in Kinshofer’s...

Drilling in the Valley of Gold