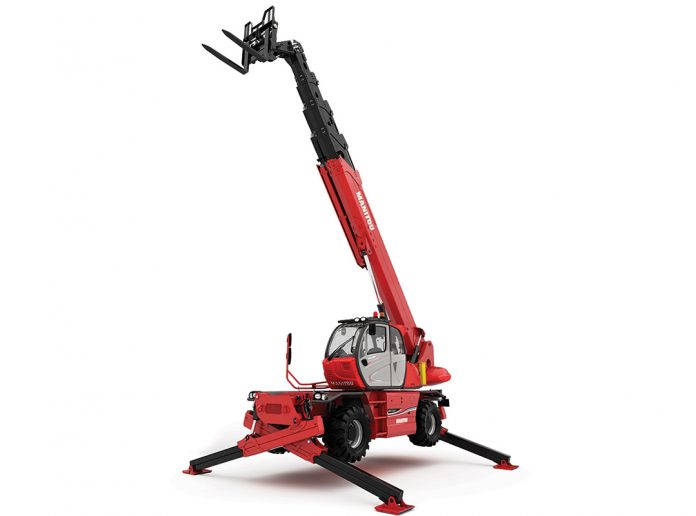 The introduction of two new telehandlers makes Manitou Group the first market operator to offer a rotating telescopic machine with a load bearing capacity of seven tonnes for a height exceeding 20 metres.

Unveiled at Manitou Keynote, the MRT 3050 and MRT 2470 complement a particularly wide range that is suited for high-rise construction work.

The unveiling of the new machines was held during a relatively unexpected presentation. In front of an audience of about 200 people gathered at the group’s headquarters, the marketing team delivered a presentation that was broadcast on all its social networks and those of its subsidiaries, allowing several thousand internet users to follow the announcement live.

To meet the needs of the European construction market, Manitou created the MRT 3050, which lifts up to five tonnes and has a maximum lifting height of 30 metres. The MRT 3050 combines precision and safety, thanks to easier maintenance access for the operator and stabilizers with a deployment length of up to 6.25 metres.

These are now fitted with a strain gauge system, which ensures accurate and secure detection of the pressure of the stabilizers on the ground. The user can also check the extent of deployment thanks to a dashboard display. Equipped with a two-ratio hydrostatic transmission, the MRT 3050 has a maximum speed of 40 km/h. It is equipped with a Mercedes 176 hp Final Tier 4 engine.

The second addition for Manitou

The MRT 2470 is Mantiou’s second addition to their product line.With a boom reach of 24 metres for a load-bearing capacity of seven tonnes, the MRT 2470 responds to the needs of heavy high-rise construction.

“In order to provide our customers with the best solutions, we have incorporated many innovations into these models, giving users a better performance and greater security,” saidArnaud Boyer, vice president of marketing and product development. “With our MRT 2470 model’s very high load capacity, the Manitou group has initiated a new era of rotating telehandlers”.

Like the MRT 3050, the new MRT 2470 benefits from a new chassis. With a newly designed counterweight, this rotating telehandler maintains ideal stability, even with a maximum load at 24 metres.

Furthermore, its hydrostatic “shift-on-fly” transmission option, this model allows the operator to choose between a manual or automatic gearbox. As well, with two ratios, the maximum speed of the MRT 2470 is 40 km/h. Cab access is facilitated with a wider footboard aligned with the cabin. Optionally, the operator has the benefit of an electronic stairway with an extra step that slides out when the stabilizers are deployed, making it easier to get in and out of the cab. The machine can thus be raised 23 cm when the stabilizers are completely deployed. 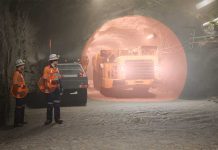 May 1, 2019
By Jordan Parker The Nassau Guard Gate project, created to prevent flooding in the Peterborough, Ontario area, is moving along swiftly. Construction began in February 2018...

Tips for maintaining a topnotch turbocharger