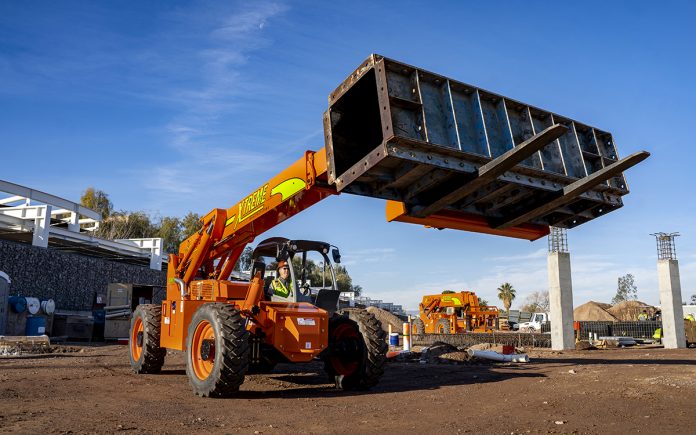 Following the launch of three new C-class telehandler models at World of Concrete 2020, Xtreme has added a fourth model to the series.

The XR1734-C joins other recently launched models, including the XR1347-C, XR1547-C and XR1555-C, expanding the Xtreme telehandler line to 22 models, one of the largest ranges in North America.

This helps to improve operator and service technician familiarity with Xtreme telehandlers, and also helps to reduce parts inventory for customers running a fleet of Xtreme units.

All new units are electric over hydraulic, and feature Xtreme’s new modular cab design, which allows the cab to be switched from open to enclosed — or vice versa — with an optional kit. This gives customers greater flexibility when operating their telehandlers in multiple environments.

The XR1734-C telehandler is available with either foam filled or solid tires, and is offered with a choice of three cab configurations – open, enclosed or enclosed with heat and air conditioning.

As well, the new cab is upgraded with a more modern, user-friendly design, and includes a USB port for charging cell phones and other devices.

Additional air vents have been installed throughout the cab for increased air conditioning circulation. The new design cab, which is now fitted to all Xtreme models from the XR843-B to the XR1734-C, has new storage pockets for carrying straps, chains and other items securely on the lift.

A wide range of C-class attachments are available, including pole grapples, sling mounts, truss booms, buckets and personnel platforms, in addition to the range of fixed and fork positioning carriages and fork tines to customize the lift for a variety of applications.

Common with all Xtreme telehandlers, the new XR1734-C has 360-degree operator visibility from the cab, intuitive controls that enable the operator to keep one hand on the steering wheel at all times, and a machine-rated boom lift point for safe handling of suspended loads. 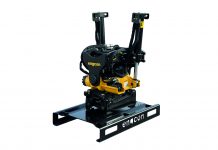 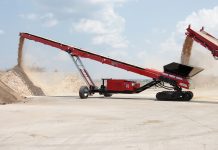 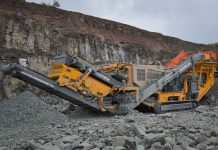 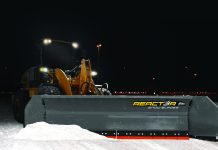 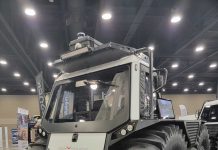 Perkins is developing a variety of hybrid engines to match power...